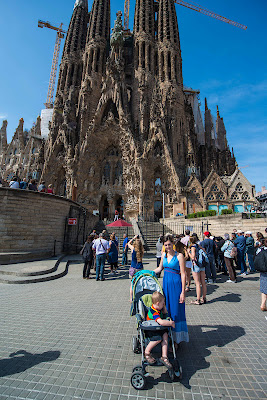 Gaudi is this crazy architect that built all kinds of cool stuff in Barcelona. The last years of his life he committed to builing the Sagrada Famiglia. They started it in 1882 and it’s still not done! See all the cranes? It is definitely an interesting church and kind of a breath of fresh air after the hundreds of churches we have seen that all seem the same. 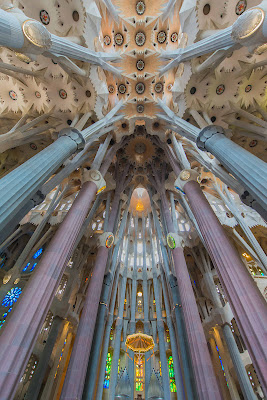 He was inspired by nature, you can see the trees when you look up at the supporting columns of the church.  Check out the modern art stained glass, very refreshing and bright. 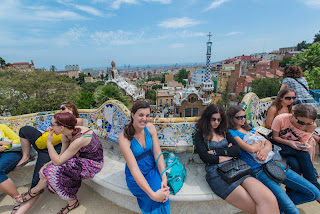 Among Gaudi’s other works was what was supposed to be a gated neighborhood. But it was too far from the center of the city and so it became a park. People say he was ahead of his time because nowadays the rich people want to be further out, but back then they didn’t. It makes a neat park though with all of his artwork. Including the world’s longest bench, the gingerbread looking houses at the entrance and the symbolic lizard that welcomes you. 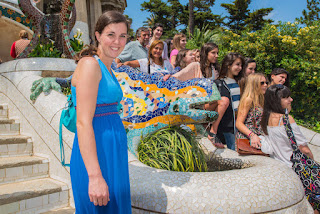 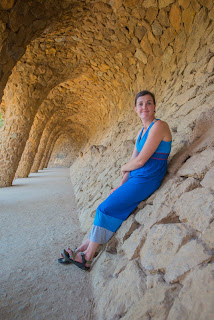 In Gaudi’s park, it resembles the tunnel of a wave. 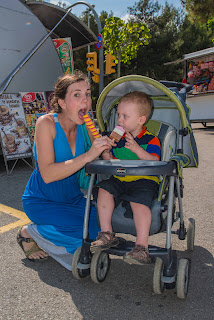 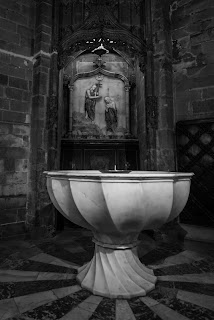 Barcelona is where Columbus brought back the Native Americans (There is a Columbus monument in Barcelona on the port due to the fact that Spain funded his journey, it is ironic because his discovery sort of killed their trade for awhile). In one of the churches is supposedly the Baptismal font where they baptized the native americans (see above).

I did steal the camera a few times and get some photos of Nick, but apparently I’m not a good photographer cuz Nick didn’t like any of them. I swear he was there though!

Barcelona has an amazing open air market open everyday except Sunday year round. Because they are a port town they get fruits and veggies from all over the world. There is a huge fish and meat section. We enjoyed the fruit drinks and all kinds of tropical fruit. We walked through the market almost every day just to enjoy the atmosphere. 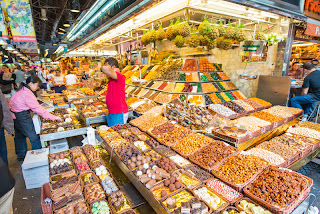 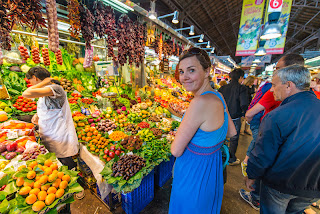 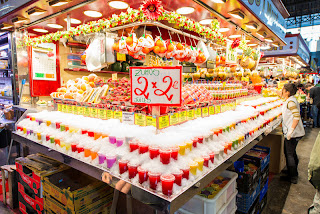 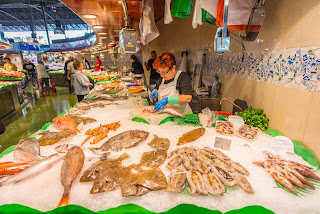 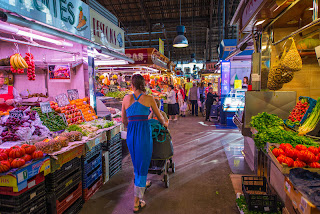 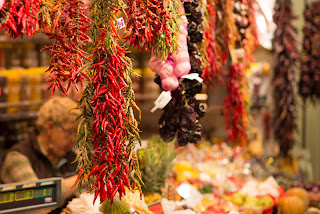 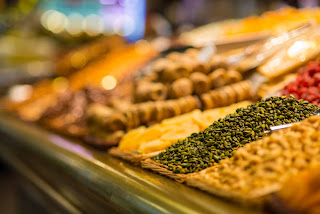 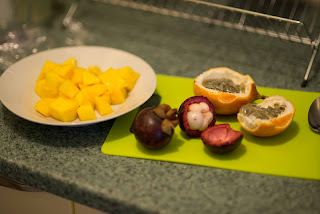 This last week we had to opportunity to go to Spain. We had a few hitches here and there but I learned a lot from them…such as be sure to check the dates of your flights before pushing the “purchase” button. Or, never say you want a receipt at a foreign ATM because sometimes it will ask you to provide the paper for your receipt before it will spit out your money, and apparently it doesn’t want just any piece of paper so the paper I put in it jammed up the whole machine (which was good because it ensured no one else got my money). And always ask the price of those little pizzas at the bakery instead of assuming that they are 2 euro each because they could be 8.50 euro each.

But there were some good things too. Like the amazing newly remodeled apartment that I found right on the beach for $80/night. And the fact that the woman who owns the apartment gave me the kiss-kiss greeting (That was my very first one in a year of living in Europe! I was super excited!) The weather was great. We had plenty of time to see everything and spend time on the beach. Overall, Barcelona was not my favorite place that I have been in Europe but it was worth a trip. 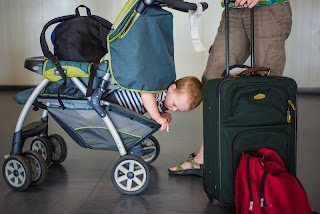 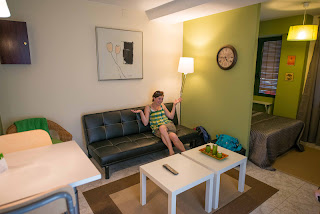 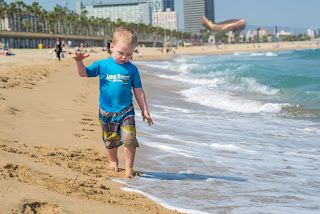 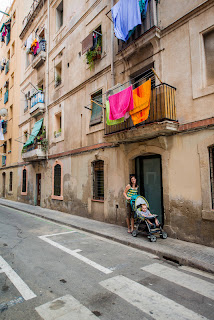 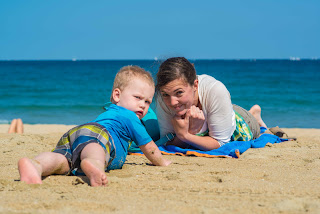 My baby boy turned three (and a half according to him…) today! I can hardly believe it.We spent the day at the butterfly gardens taking in all the bugs, birds and of course, butterflies. 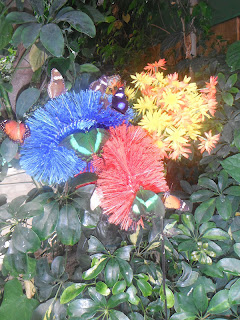 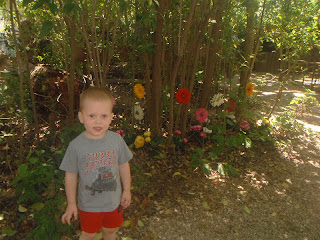 He wanted a monster party, so we watched monsters, played monster games and had monster cake. His good friend Keira and her little brother Ricky came for the party. 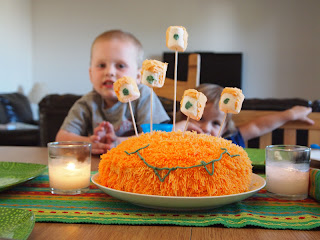 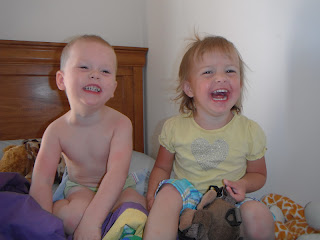 But apparently when he went to bed he wasn’t ready to be done with his birthday. At about 11:30pm we heard him cry out, I ran into his room and he was on the floor. I was half asleep so I grabbed him and snuggled him without looking at him. The my shirt felt wet and I looked down…there was blood all over his face and a huge gash in his eyebrow. Nick walked in and said “get dressed, he needs stitches”. SO we spent the next few hours in the emergency room where Jonah received six stitches across his eyebrow. It was so crazy because he didn’t cry at all (until they did the stitches) and we seriously cannnot figure out what happened…bed side table? tile floor? edge of the bed? no idea…this kids got bad luck that’s all I know! 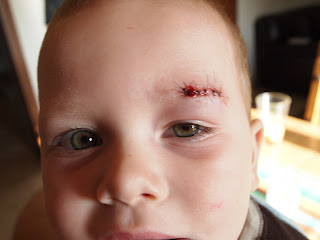 Happy birthday my tough little three and a half year old!!!