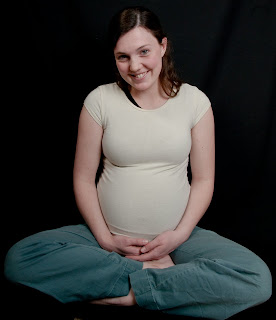 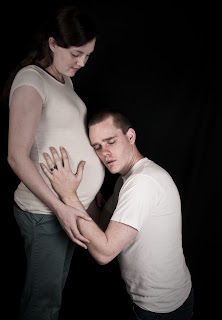 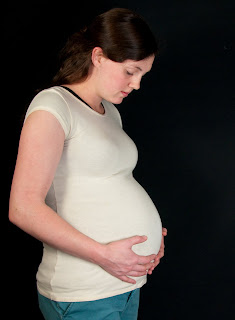 Nick has left for some training for a few weeks, so before he left I made him do a few belly shots for me. I wish I would have taken weekly shots…maybe next time! I think once I get about a week away from my due date we’ll take a ton of pictures and do some really cute ones, but for now this is all I got.

AND…tomorrow is my birthday!!! Since I’ll be celebrating by myself I was thinking maybe I’d go to a salon and get my hair chopped or something fun like that!

Since I am the queen of craigslist, I have been watching for some time for the perfect enclosure for my crazy beagle now that I’m working. We were locking her in the bathroom and she had started to do some serious damage to the baseboards. SO I found a good deal on a good cage on craigslist that I thought could keep her in. The past few weeks it’s worked wonderfully…until today.

I left for an hour and came back and she was gone!!! A few minutes later, the cops show up with my crazy beagle in tow. How did she get out? I put her back in the cage, went inside and observed and this is what I saw. 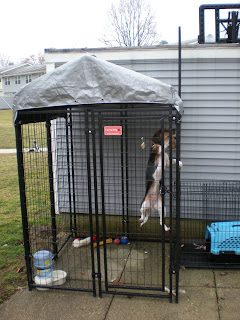 This dog can climb! Another reason NOT to get a beagle! When Nick gets home we are putting chicken wire on the top of the cage…

This weekend was the D.C. Shootoff, a photo competition for military and DOD photographers held near Washington D.C. Friday we had lectures all day from famous photographers and developers such as Martin Gisborne from Apple’s Aperture team, Bill Putnam, Greg Hren (a famous commercial photographer), Bill Frakes (a staff photographer for Sports Illustrated with some amazing work), and Micheal Williamson from the Washington Post and three time Pulitzer Prize winner. I really enjoyed what they all had to say, especially Micheal Williamson. After the lectures a topic for the competition was pulled out of the hat. The rules are that within 24 hours you turn in 3-5 images that tell a story. This year’s theme was “Commitment.”

After thinking about a lot of different ideas for this topic and talking to friends and family, my Mom suggested I photograph some nuns, but none of the convents would allow me to come, so Jen suggested the missionaries and I thought it was brilliant. My photos ended up getting Second place in my division, which is a pretty big deal for me. Here are the photos: 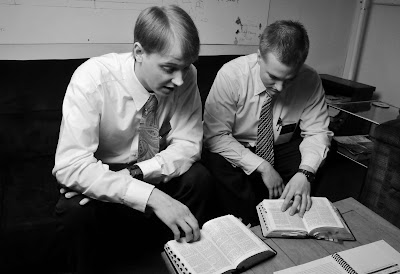 “Illustrative of Mormon missionaries Jason Anderson and Joseph Broadhead studying their scriptures before beginning their day in their apartment in Severn Maryland on March 14th, 2009. Mormon missionaries devote two years of their lives to to teaching people about their religion.” 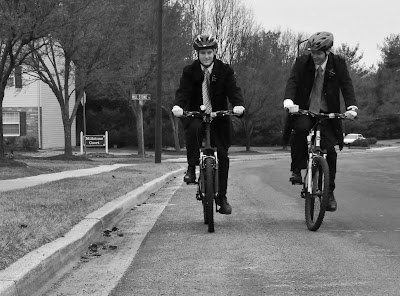 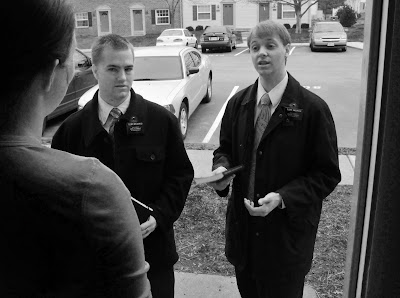 “Illustrative of Mormon missionaries Joseph Broadhead and Jason Anderson conversing with Jennifer Lloyd at a home in Severn Maryland on March 14th, 2009.” 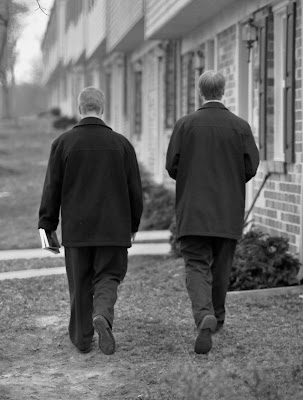 “Illustrative of Mormon missionaries Joseph Broadhead and Jason Anderson walking from house to house in Severn Maryland on March 14th, 2009.”

Anyway, I won some cool stuff including a bag from Nikon, a $50 gift certificate from B&H which is a website that has all kinds of photo equipment, a photo holder, and some fine art photo paper. Also, the D.C. Shootoff T-shirt was pretty cool this year. Here’s a photo of me with my swag: 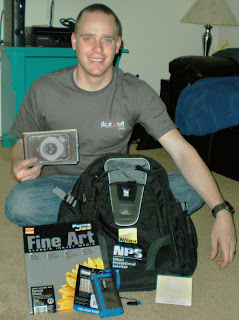 It was a fun and informative weekend.