Yesterday I attended Nick’s Basic Still Photography graduation. Which makes it official, he is a “photographer” he has earned the right to be called professional! Not only has he finished his training in photography, but he finished it with flying colors and graduated as an “honors” student. Smarty Pants! Good job Nick! I am excited to have a photographer for a husband because hopefully that means that he will photograph our lives in a meaningful and memorable way.

Last thursday I went hiking with an old friend of mine, Abby. She was my roommate when I went to BYU-Hawaii about four years ago. We’ve seen each other a few times since, but it’s been a few years since the last time. She was my hiking buddy in Hawaii, so we decided to keep the tradition going and go for a hike! She has been living in Virginia and working in D.C. for several years now so she knows a few good places. We went on a trail near the Potomac river. We saw a really fat toad, a HUGE water snake and lots of green! 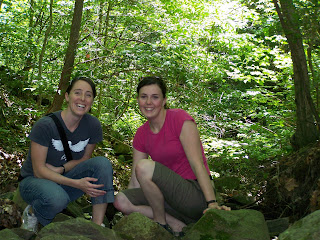 Yesterday I went out with another old friend that lives close by, Hillary. She was a trailwalker with me at Anasazi two years ago and I haven’t seen her since. We went to a lebanese restaurant for lunch then took the metro to the beautiful union station and went to the national botanical gardens. I have never seen so many different plants in one place! It was incredible!

It is always so nice to see old friends…hopefully I can make some new ones soon too!

Thanks to a three day weekend, Nick and I were able to do a little bit of exploring. Saturday we went to Annapolis, the capital of Maryland. We spent time walking around the harbor area and went out to eat at “Reynold’s tavern”. We enjoyed the small town eastern charms of the city and the sea air. When we were all tuckered out from walking we sat on the pier and watched the sun set as the ships docked. It was a beautiful night. 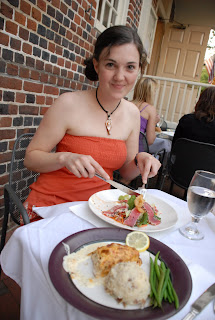 Sunday we went to Baltimore for the afternoon. We walked around the harbor and went to the Hard Rock Cafe. After taking lots of pictures while waiting for a table and then for our meal, we wandered around the harbor area and watched a spectacular street performance. A man juggled a bowling ball, a razor sharp sword, and a torch while balancing on two skateboards on a round pipe. It was pretty impressive. After the days activities we spent an hour helping a rich woman get her mercedes started. We’d never jumped a car that nice and couldn’t find the battery leads at first. When we finally did, there was no black lead, only a red one and we were confused, but managed to get it going while she stood and watched, smoking a cigarette. She shoved five dollars into our hands as we left. Thanks lady. 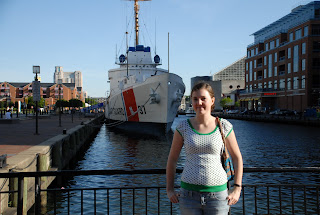 Monday we went to Washington D.C. to the Arlington Cemetery for Memorial day, figuring it was the most appropriate place to be on this particular holiday. It was also our first experience taking the Metro…not too bad. We took pictures of the graves and honored the dead by remembering their sacrifice. It was somewhat difficult and sobering given Nick’s line of work. Every tombstone we read seemed to remind us that Nick is soon going to be in a dangerous combat zone taking pictures while bullets zoom overhead. We didn’t talk much and wandered hand in hand wondering about how the men and women buried there met there fate. 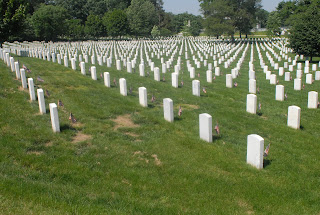 Also, we took pictures of our home. Our stuff arrived on May 16th and we weren’t expecting it until the 21st, so that worked out very nicely! Keep in mind that we’re not all the way moved in yet when you look at the photos. We’re still waiting for our nice leather sofa and loveseat that are in the mail, and our spare room could use some TLC, but it’s really beginning to feel like home. If you look close, you can see the flowering bush we planted in the back yard. 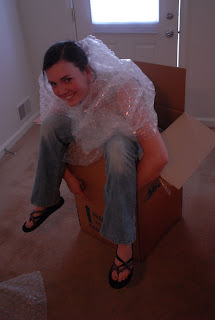 To view the rest of our pictures, go to: Nick and Jen’s Pictures 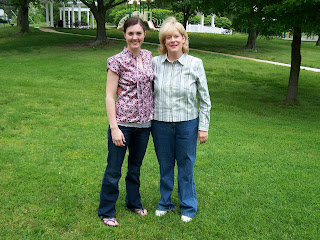 I made it! After three days of driving and two nights of cheap hotels I am now residing in Maryland with my husband Nick at Fort Meade. My Mother-in-law, Julie, helped make the journey here a much more pleasant one than it would have been just driving by myself! So thank you Julie, for coming with me across the country! And for being willing to sacrifice your mothers day with your family.

Right before I left Utah, I gained a niece and almost lost a sister. Thanks to everyone’s prayers, my sister is still with us and I am excited for her to begin the adventure of a new baby. They named her Mersadie Nicole Hunter.

Since Julie and I got here on Saturday and her flight did not leave until Monday, we had Sunday to explore. In the morning we went to the local LDS ward, which although they were few in numbers, they were by far the noisiest ward I have EVER attended! After church we headed into Washington D.C. where we went to the Space and Flight museum. They have the actual Wright brothers plane…the very first plane to fly! Nick and I are pretty excited to be so close to the capitol and all the neat things to do and see. 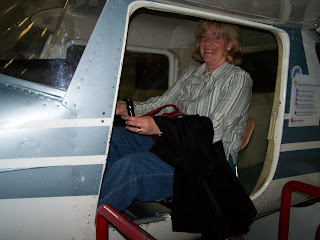 I dropped Julie off at the airport this morning and Nick off at work/training. I spent the day organizing the few things that we have here. Most of what we own is currently in possession of the moving company who has until May 21st to get it here. Nick and I will be camping out on the floor until our stuff (including our bed which I already miss “sorely”) arrives.

Living on a military base is like being in a whole different world. It’s like a special club for members…you have to have an I.D. to even get onto the base, especially this one since the most secret top secret government agency is on this base. Sometimes they even search your car when you come on base! Once on the base, it’s like a town. There are different neighborhoods, shopping (all tax free of course!) and even a hotel! If we wanted to, we could stay on the base for the rest of our lives and have everything we need! But of course, there are some very cool things just outside the gate…this base is halfway between Washington D.C. and Baltimore. There are so many places to go and things to do around here that Nick and I are going to have to get busy if we want to see even HALF of it!

My beautiful wife Jen and I are less than a week away from reuniting! Friday morning she’s going to start the long car trip here with my mom at her side. I can’t wait to see her. We’ve been waiting SO long and now we’ll finally get to be together again.

Today marks the end of my performance exam in the Basic Still Photography course for this functional area (kind of like the last test on a chapter). I have already turned in my “perf” and am waiting for the grade. I hope I did well! Tomorrow is the written exam and so I’m going to study hard tonight so I can do well. Hopefully I’ll be able to bring my grade into the high 90s so that I can graduate with honors from the course.

Life at the detachment is ridiculous as usual. There are a lot of very stupid people who live in close proximity and unfortunately their actions often reflect on me even if I have nothing to do with them. I have a rising fear that everyone’s going to be on phaseback this coming weekend because of some very stupid actions from this last weekend. I hope and pray this doesn’t happen because I have a lot riding on my being able to leave on Sunday and see my wife and mother. Hopefully cooler heads will prevail at the detachment and the cadre will realize that isolated and individual incidents do not represent the whole of student company. Overall we are trying to follow the rules and do the right thing. We have a very intelligent and level headed 1st Sergeant and I hope that he will see that mass punishment will only exacerbate the situation. One of the main problems which is creating these incidents is overcrowding and poor living conditions, perhaps this will be taken into account. We are all making the best of a difficult situation. I realize that more problems make life difficult for the cadre, but I hope they realize that the privates at student company are trying their best.

Well, I hope things go well this week and that I won’t have any negative news to report when I blog next. As long as I get to see my wife and mother on Sunday I think I’ll live.

Today is Friday. Which means a lot of things for me. One of those things is that it’s almost the weekend. Another is the fact that today is my last day as the boss of my department because on Monday the real boss will be back from maternity leave at which point she will resume her place as the boss. I will then be stuck in that nowhere land where I don’t really have a “position” here at work other than that of transitioning all the information in my head into that of the boss’s head. Probably the most significant thing to me about today being Friday is that in exactly one week from now I will be driving my little white car across the whole country with my trustee mother-in-law at my side. Perhaps we should make a sign for the back of my car that says “Maryland or bust!” I don’t think I’ve technically ever been to Maryland. I’ve been to Washington D.C. which is rather close but I’m not sure if I’ve ever been into the state of Maryland. And I certainly haven’t been to the “state of MARRY land!” In one week I will be on my way to both of those states! WAHOOOOO!